During April´s IFKO AGM in Guincho, Cascais, Portugal, President Fernandes expressed his legal perspective about Kitesurfing’s current situation in order to break the deadlock created between the 2 federations, IFKO and WS, and stop WS's illegal abuse of their dominant position that causes great damage and injury to the competitions, Kite structures, at International as well as National levels. 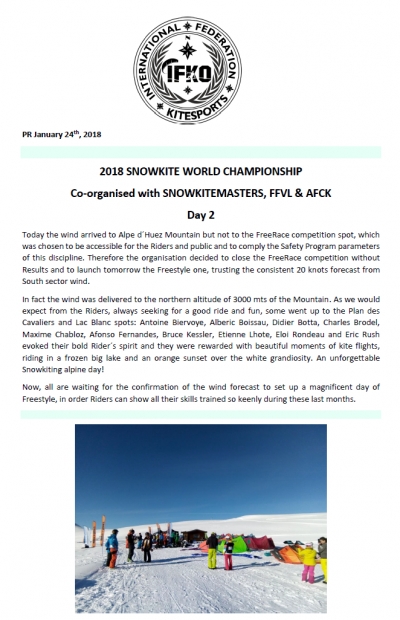 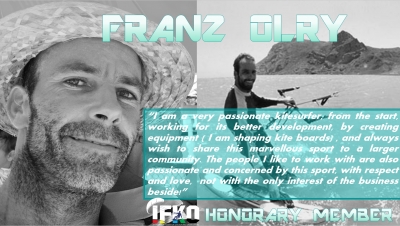 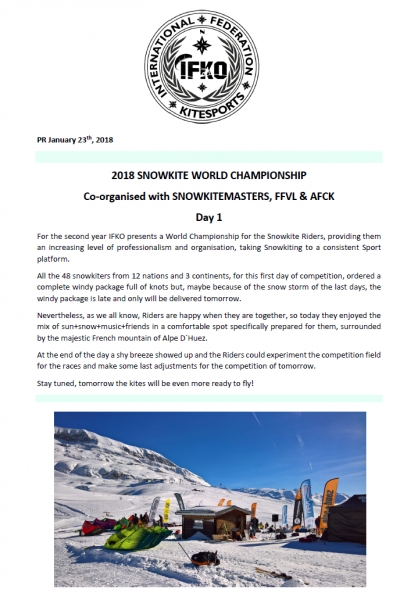 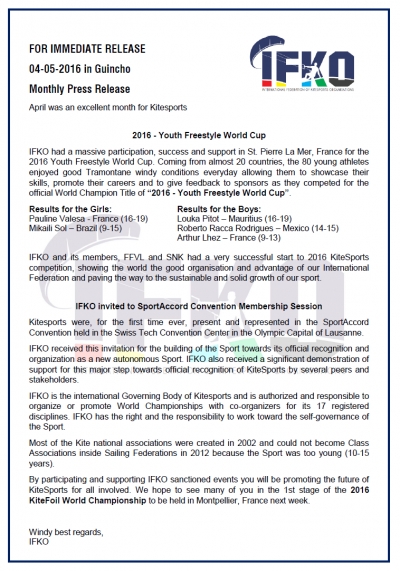 April was an excellent month for Kitesports

IFKO had a massive participation, success and support in St. Pierre La Mer, France for the 2016 Youth Freestyle World Cup. Coming from almost 20 countries, the 80 young athletes enjoyed good Tramontane windy conditions everyday allowing them to showcase their skills, promote their careers and to give feedback to sponsors as they competed for the official World Champion Title of “2016 - Youth Freestyle World Cup”.

IFKO and its members, FFVL and SNK had a very successful start to 2016 KiteSports competition, showing the world the good organisation and advantage of our International Federation and paving the way to the sustainable and solid growth of our sport.

Kitesports were, for the first time ever, present and represented in the SportAccord Convention held in the Swiss Tech Convention Center in the Olympic Capital of Lausanne.

IFKO is the international Governing Body of Kitesports and is authorized and responsible to organize or promote World Championships with co-organizers for its 17 registered disciplines. IFKO has the right and the responsibility to work toward the self-governance of the Sport.

Most of the Kite national associations were created in 2002 and could not become Class Associations inside Sailing Federations in 2012 because the Sport was too young (10-15 years).

By participating and supporting IFKO sanctioned events you will be promoting the future of KiteSports for all involved. We hope to see many of you in the 1st stage of the 2016 KiteFoil World Championship to be held in Montpellier, France next week.